What Do Most Successful Logo Designs Have In Common?

What’s the first one that comes to your mind?

It could be something food related — McDonalds has a pretty classic logo, for example — or a company that you have frequent dealings with — like one stop shops, such as Target. But is it just frequency of view and repetition that makes those logos so successful and memorable? Or is something more?

Logos are based on far more than creativity and personal opinion of aesthetics. They’re based on the following factors:

Every single one of those factors plays into how effective a logo actually is. If one of them is missing, the likelihood is that the logo won’t truly be a success — it may be remembered, but more for its failure, rather than its effective execution. And nobody wants a logo that is memorable because of how badly it was designed!

Whether you want a logo design for a brand new start-up, or it’s time to rebrand an existing company, here are six common things that good logos have in common, and how to include them in your own design.

Creating a memorable logo is easier said than done. After all, what really sticks in the mind of one viewer might slip right through the cracks for another.

But part of the problem with this aspect of a successful logo is how we actually define memorability. What does it mean to you? Does it mean that your audience could pick your logo out of a lineup? Or does it mean that they can recite all the aspects that make up your logo?

Interestingly, a project called Branded In Memory asked 150 participants to recreate famous logos, as accurately as possible. In the more than 1500 drawings that were submitted, the research revealed that we just don’t remember logos as accurately as we think! Even famous logos, like Starbucks and Foot Locker, are susceptible to being little more than vague ideas, rather than sharp and clear cut.

Of course, some of those results may be down to the lack of drawing skill by the 150 participants, but even basic elements were noted wrong. For example, nearly half of the participants don’t remember the Starbucks siren wearing a crown — but she does.

On the other hand, these famous logos still made an impression, even if not a completely accurate one. So memorability is definitely something to aim for with a good logo — but don’t get too hung up on the details.

Special — one of a kind — unusual — unique. All of those are descriptors you want attached to your logo.

Successful logo designs are not known for blending in with a crowd. Nor are they easily mistaken for the design of other companies — even if they’re really only a wordmark or lettermark. Even Disney’s logo (without the castle that is) is easy to identify simply by its typeface.

Effective logos don’t try too hard to jump on a bandwagon — but they can create one on their own. Just look at the abstract logos that followed in the wake of the Nike swoosh. That simple, iconic logo took a basic concept and started a revolution. It doesn’t get much more unique than that.

Since we’re talking about accurate branding, this is the perfect time to mention how important it is to know the personality of the brand before designing the logo. Brands like Walmart (big box, generic, but family friendly) and NASCAR (burnout background, type slanted forward to give the feeling of speed) have clearly aligned their successful, ubiquitous logos with their brand personality.

Those examples make it clear that good brands look at more than just products and promises to promote their personality.

All of those play into how the design should come together.

Those traits change how a logo should be designed. For example, a brand that wants to highlight its edginess might look at sharp lines, dark colors, maybe even black and white. The type of graphic that they choose would likely be modern, with perhaps some gothic-inspired sensibilities.

Successful logos take personality into account, and let it be the guiding light in the design.

Simple logos are often the most effective of all, simply because they are, well, simple. It heightens the memorability, can even upgrade the unique aspects, and helps with the next aspect of successful design, as well.

In fact, an analysis of some of the most famous designs in the world tells us that the majority of them keep the number of elements to a minimum. And sometimes, we can see brands getting more and more famous, as their logos get more and simpler to keep pace.

Simplicity is always a good design decision, and even more so for a relatively small piece of design like a logo. Just look at successful logos like Apple, Twitter, Shell, 3M, Microsoft, etc.

The final key that successful designs have in common is the practicality aspect. How well will the logo translate to different uses? Can it be scaled up or down as needed? Will it work in black and white, or with only one color?

Wordmark logos like Gap and graphic logos like Adidas make it clear: adaptability is a key component of a successful logo design.

Lucas Smith is a content strategist and freelance blogger who likes to write on topics related to small business, social media and brand design. He would love to hear your ideas, connect with him! 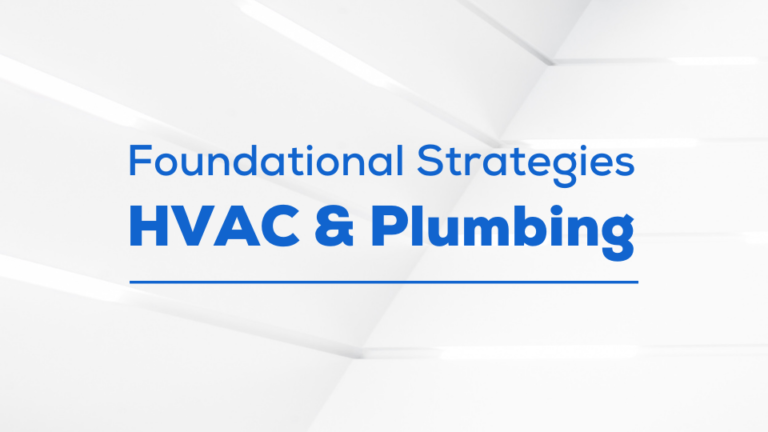 This blog post will talk about some of the foundational marketing strategies that HVAC and plumbing companies can use to start overtaking competitors. Our promise

The Importance Of Blogging For Any Business

Have you ever wondered why some of the world’s biggest brands like Nike, Coca-Cola, and Apple regularly maintain blogs on their websites? Or, why the

Social media can be hugely beneficial for many companies. While that is true, many others shy away from it. Maybe they’ve heard horror stories of

We’ve been helping businesses succeed by creating successful digital marketing strategies that generate more leads and sales for their businesses since 2015.